A small number of the world’s population are sensitive to subtle metaphysical energies. There strongest psychic ability is “clairsentience” the ability to sense subtle metaphysical and physical energies. I refer to these beings as “clairsentient souls” with representations found not only as humans, some animals will also demonstrate similar values.

Clairsentient souls have a strong attraction to all metaphysical topics and have experienced numerous past lives demonstrating a strong “Knowing” or “wisdom” of certain topics, places, events and people without knowing why.They cannot stand any type of violence and do not understand why the world does, they prefer to walk away from a fight or violence but when threatened will protect themselves or another being.Normally they will experience a difficult start to life with love and career, up to the first 35 to 45 years of age in some cases.

They display varying emotions linked to crying, anger, frustrations and total joy bought on by no real reason, love is there moral compass and hold steadfast on their values, Compassion, empathy and respect. Clairsentient souls will never say who they are but can be identified through who they are not. They find it difficult to sleep 8 hours with regular unexpected awakenings during the night normally between 2.00 am and 5.00am, have a strong intuition or gut feel, the ability to know of events prior to occurring and regularly sense souls in spirit. Traditionally look younger than they are and make great sacrifice for other people or a cause even though they might be experiencing difficulties themselves.

On a regularly basis other people will disclose their problems and issues to them hoping they will be able to fix them. They have played the “Bridge builder” or “Healer” role in their family and friends circle since a very young age and don’t like to be the centre of attention in a social setting but will change the characteristics of group discussions. Clairsentient souls have experienced numerous lifetimes and demonstrate strong levels of wisdom.Not focused on climbing the corporate ladder or building a social empire they will normally focus in a compassionate or humanitarian role, they also frequently work as counsellors, welfare workers, practitioners, nursing, teachers, doctors, authors, vets, artists, hairdressers or any role that focuses on helping people. They will also work in an administration, clerical or labour role in the above mentioned categories. They have chosen to incarnate at a special time in history with a primary role to heal or help as many souls as possible. Their reward in life is to not only help but express and feel, compassion, empathy respect and love through the helping, healing and love of other sentient beings.

These are just some behavioural examples of a clairsentient soul and If you can relate to 10 or more of these feelings, emotions or behaviours then you are most likely are a “Clairsentient soul” and have chosen to incarnate in this important turning point in humanity’s history to help change the world we live in, we cannot continue as a species using ideologies, behaviours that no longer incorporate out dated values. We have reached a critical turning point in history and to ensure the longevity of not only our species and all others, we need to change. My heart felt respect is shared with all Clairsentient souls. 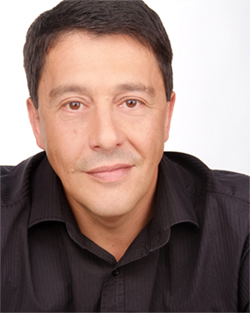